Three school board seats are up for election.

I have not been mysterious about who I support in the West Lafayette School Board race. If you live in the district and read this blog, there is a fantastic chance you already know. But I’ll go ahead and be clear that I would recommend folks vote for Karen Springer, Rachel Witt, and George Lyle. There are three seats at issue, and they are all “at large.” So, everyone in the District gets three votes. Karen and Rachel are both incumbents, running for re-election. Alan Karpick, the third incumbent who would otherwise be up for election has decided not to run again. George would be a good choice to fill his vacancy.

I have personal connections with Karen and Rachel. I count them as friends. But a lot of those personal connections started with the School Board. So, it’s not so much that I think they’ll do a good job on the board because they’re my friends. In a real sense, they became my friends because they were already doing a good job on the board. (With Rachel, there are other connections as well — our kids were in the marching band together. More on that in a bit.) 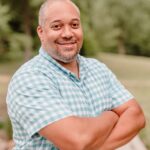 Let’s start with George. I don’t know him as well as I do Karen and Rachel. What I have seen has all been good. Professionally, he’s a lawyer and an works with Purdue’s IT security team. He is a father to young kids with a future at West Side. He is sharp and willing to work with others. He’s got a great sense of humor, a laid back demeanor, and seems able to get along with anyone. With George, I sense a guy who will seek to learn fast but recognizes what we have in West Lafayette and will proceed with caution in those areas where he is still learning. George would bring a fresh and different viewpoint to the board. As a white guy, I can’t talk much about race without getting it wrong, but representation does matter. There was so much discussion around diversity back during the 2020 election that it’s a little odd that George’s background and perspective hasn’t received more attention. As a friend put it, “he has a diverse educational and experiential background, cares for the community and for students, and I think he’d be an asset to the board.” On his website, George emphasizes that “every student should have the opportunity to see where their talents can take them, no matter what those talents might be.” That’s a valuable point of emphasis for a place like West Lafayette which has a reputation for being rough on students who don’t fit a particular mold. 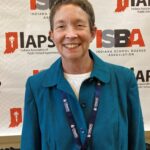 I know Karen quite a bit better. She has been on the board for a long time now, serving from 1996 – 2004 and 2006 to the present. I started getting to know her when I was briefly on the Board in 2015 and 2016. Karen has helped West Lafayette navigate a lot of ups and downs: the backlash to decisions about remodeling the junior-senior high school, the firing of Stella Batagiannis and her subsequent lawsuits against the school, the State’s takeover of school funding, the State’s subsequent slashing of public education funding in 2010 in the wake of the Great Recession, two school referendums, the rise of vouchers and charter schools, the pandemic, and so forth.  West Side’s present strength owes a great deal to Karen. I helped out with a policy review committee over the course of several years where we did a decennial review of all of the School Corporation’s policies and put them online. Karen’s institutional knowledge, consistent preparation, and attention to detail is remarkable. She is a pleasure to work with. She volunteers for the community in any number of ways: Global Fest, Food Finders, the Tippecanoe County Public Library, and Music Boosters, among other things. Finally, she received the 2022 Outstanding Boardsmanship Award from the Indiana School Board Association indicating an extraordinary level of respect on the state level. She is a real asset for the school and our community. 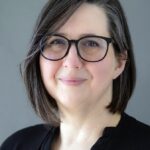 Of the candidates, I know Rachel best. We have kids of a similar age with similar interests, and our paths have crossed in any number of ways over the past decade.  With respect to her service as a school board member, I’ll observe that knowledge of state and federal education law, municipal finance, and all of the rest of the bureaucracy that goes into running a school is not something you are born with. Serving since 2014, Rachel has diligently built up that foundation to complement what I already regarded as her strength in terms of knowing the ins and outs of how the school looks to parents and students on the ground. She has brought several children up through the ranks of West Side with abilities, interests, and needs that — from what I can tell — have run the spectrum. In a community that’s chock-a-block with professors, it’s good to have Rachel’s perspective as a single mom who is the art programming coordinator at Westminster. My experience is that Rachel often sees issues and concerns for students and parents of which I am, frankly, oblivious (until she points them out.) That’s the type of synergy that complementary perspectives create. It’s not something you get by combining similar or antagonistic perspectives. A few weeks ago when I recommended “voting for the builders,” Rachel is one of the people I had in mind. This is true literally — she was a key driver in the design and construction of a 20 foot tall horse for the Sound of West Side’s State Fair marching competition. But it’s also true in the metaphorical sense — she is always contributing to the schools, helping with seemingly every play, involvement with marchathons, turning lockers doors into book spines, etc. etc.

As for the other candidates, I don’t see a need to go on at length or in public about my reservations. I’ve already mentioned my concern about Laurence Wang supporting charter schools and the Indiana General Assembly’s proposals that teachers post curriculum a full year in advance and restricting teacher’s ability to teach “divisive concepts.” From what I’ve heard at public forums, he also seems to be making more of a set of SBOA audit findings than the circumstances warrant. I think Mumford and Janes have overstated their claims about the school’s financial state, and while speaking about “transparency,” they have been coy about their use of a Facebook group, ostensibly a “community forum,” and related web page as campaign tools. The Facebook group, in particular, has been corrosive.

If your mind is made up or you are friends with someone I’m not recommending, go ahead and disregard this. But, if you’re still persuadable, I definitely think West Lafayette Schools will be well served if you vote for Springer, Witt, and Lyle. Also, tell your friends. This election is important.