Home » West Lafayette School Board: About that Audit Report 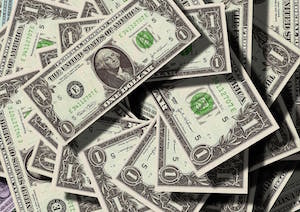 “Ok Doug, ” says the voice in my head, “you told me not to panic about the bonds used to finance school improvements. But what about that State Board of Accounts Audit? An audit is pretty bad, right? $7 million off the books?? Lack of internal controls??? School board members are just stuffing wads of bills into their pockets, right?!?!”

Fine, that last one is a complete straw man that I made up. But people are spooked. The short answer is that nobody likes audit findings and there were things that needed to be fixed, but there is no indication that there was any substantive harm to the school because of the issues that needed to be corrected.

The School was audited because every political subdivision is audited all the time.

So, why was the school audited in the first place? Because all political subdivisions are routinely required to be audited. I looked at the SBOA’s audit database and it looks like they issued 43 audit reports for various political subdivisions in the state over the course of two days in October. Point being that every unit of government is being audited by the State pretty much all the time.

Back in 1836 (not a typo, and yes I’m serious), Indiana adopted the Mammoth Improvement Act. The young State got in way over its head borrowing money for roads, canals, and railroads. Andrew Jackson’s fight with the Bank of the United States helped trigger the Panic of 1837 which wiped out a lot of the economy. Indiana got hit particularly hard. The Mammoth Improvement initiative fell apart, and the finances of Indiana were strained for a generation. The Constitution of 1851 restricted the ability of Indiana to take on debt. However, there was a need to take on debt to build capital assets, so by at least 1920 an artifice had arisen by which the political subdivision itself did not take on the debt. Rather, a municipal building corporation would be created to receive the money and guarantee payment to bond holders. The municipal corporation would own the improvements built with the bond money, and the unit of local government leases the improvements from the municipal corporation. The lease amount is enough to cover the bond payments. The lease payments are funded with real estate taxes. I have no idea if this was considered financial chicanery 100 years ago, but it is absolutely standard operating procedure in Indiana — codified and blessed by the Indiana General Assembly. When the bonds are paid off, the lease agreement concludes and the land and improvements are transferred to the unit of local government.

“Thanks for the history lesson, Poindexter. Do we have any information about the $7 million in our future?” I’m getting there.

When responding to the State Board of Accounts audit finding, the School said that it believed that it was required to hold the $7 million in a separate account from other school funds to track it for federal tax purposes. (Municipal bonds get certain tax breaks which come with strings attached.) Because it was being held in a special account and could only be spent in the same way as other construction funds, the School mistakenly believed that these funds had to be reflected on the Building Corporation financial report and not reflected on the School’s financial reports. This caused problems with the School’s books, however, because draws on the School’s account were approved by the school board as part of the monthly Accounts Payable approval.  So, on the School’s end, you have payments approved, but the payments are coming from an account that is not, itself, listed on the School’s financial sheets. (Meanwhile, in a parallel process, the Building Corporation will have draws on its own $40 million construction account approved through its own claim approval processes. I’m guessing they had their own error – with the $7.4 million being drawn down but no corresponding claim being approved by the Building Corporation).

That’s a long way to go, but ultimately, the $7 million should have been reflected on the School’s account and not the Building Corporation account. You can say there are “two sets of books” and be technically accurate, but blame the Mammoth Improvement Act. The two sets of books are there for a reason and it’s not nefarious.

Aside from the construction account issue, the internal control finding had mostly to do with documenting training attendance.

I mean … yes. But, not all internal control problems are created equally.The State Board of Accounts describes controls as follows:

If you have the same person opening the envelopes, recording the deposits, writing the checks and balancing the books, sooner or later you’re going to have a bad time. But, in the case of the $7 million, the School was aware that it was approving claims being drawn on an account reflected on the Building Construction financial sheets. They just thought it was the right thing to do. So, in this case SBOA considered the error to be a problem with internal controls, but I’m not so sure. But I think it’s fair to call it a reporting error.

There was another “internal control” problem having to do with the School not retaining training records in 2019-2020 and not conducting the annual training due to COVID during 2020-2021. The State requires employees to take annual training on the school’s internal control standards. I think these days, that training consists primarily of going through a computer module every year. The School is required to submit a certification to the State that this training has happened and retain proof of the training. For the year 2019-2020, the School reports that during that year, the annual practice was for Central Office to meet with the school secretaries (who presumably handle whatever money goes through at the building level), go over the internal control and policies at the building level including cash management expectations. They have attendees sign a copy of the agenda at the meeting. In 2019-2020, the School apparently didn’t retain the signed sheets and, so, got dinged for the lack of paperwork by SBOA. In 2020-2021, COVID set in, and no such training took place. The school filed the form or checked a box in the State’s system or something saying that the training had happened, so the School got dinged again. Going forward, the School indicates that it is using training software that will track attendance.

[Edited to add: I had intended to add some links to several other SBOA audit reports that cite internal controls. Browsing around the other day, I know I found one for Purdue and think I recall seeing one for TSC. Point being that the concept of internal controls covers such a wide range of potential issues, it is not something uncommon to see. Again, you want to make them stronger. But, this report does not suggest that West Side has internal control problems that are anything like unique.]

There was a contract employee who had a contract indicating that he or she was only supposed to work eight days per month. The employee ended up working more days than that during several months. Finally, there were bookkeeping errors having to do with how certain software recorded transfers between accounts and from the School giving Form 9 (which excludes Clearing Funds) to the Auditors rather than giving the Auditor Form 13 (which includes Clearing Funds.) No, I am not familiar with those forms.

So, now I’ve written upward of 1,700 words that almost none of the voting public will read wading through the minutiae of the State Board of Accounts audit finding. That took time and effort, and the conclusion is – there is some stuff there that had to be fixed, but there’s no money missing, there were people minding the store, and anyone suggesting that the School lost millions of dollars due to poor internal controls is badly misinformed. But it’s so easy to erode trust by carelessly jamming together words like audit, millions, dollars, and internal controls while expressing grave concern. So, be careful out there!