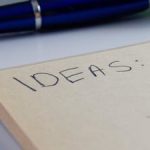 This one will probably be a snoozer. But in the course of school board elections, I’ve seen some people get things wrong about the interaction of real estate taxes, tax caps, and the school referendum rate. And, even as I write that, I want everyone to take this explanation with a grain of salt, because I might get things wrong. Here’s your big NOT LEGAL ADVICE disclaimer. I’m going to take West Lafayette as my point of reference, but a lot of this would be applicable anywhere.

In most cases, Article 10, section 1 limits a taxpayer’s tax liability on residential property to 1% of the gross assessed value of the real estate. However property taxes approved by referendum are not subject to that tax cap. That means, for example, a residential property with an assessed value of $240,000 can’t have a tax bill of more than $2,400 for the year plus additional taxes approved by referendum.

The State of Indiana takes a homestead deduction of $45,000 and a “supplemental standard” deduction of 35% (for homes under $600,000 which, in this case is $68,530) off the top of the AV to give homeowners a break. (Some taxpayers will get further deductions for various things, the most common of which would be a mortgage deduction.) In the case of our $240,000 home, those standard deductions give us a net assessed value of $126,470. Multiply that by our $2.8557 and we get $3,611.60. But we’re not to the final tax amount yet! Tippecanoe County has devoted a portion of its income tax to property tax reduction, lowering this particular bill by $314.36, so now we’re at $3,297.24. Compare that to the 1% tax cap of $2,400, and you get a “Circuit Breaker” credit of $897.24, reducing the tax bill to $2,400 (plus any referendum rates.) That “Circuit Breaker” gets allocated to the varying taxing units pro rata based on their tax rates, reducing the tax revenue they would otherwise expect to receive. So, that $897.24 “circuit breaker” credit gets allocated between the School, City, County, Library, etc.

At present, the debt service component of the school’s tax rate is $0.5375 (see below). An issue in the West Lafayette school board race has been the contention that the facilities improvement projects were too expensive. So, for kicks, let’s reduce that a dime to $0.4375 (lower than it’s been since before my college freshman started at Cumberland) and see what happens to our hypothetical tax bill in light of the tax caps and the circuit breaker credits.  Our combined $2.8557 now becomes $2.7557 multiplied times our net assessed value of $126,470 gives us $3,485.13 then reduced by the $314.36 (for the income tax reduction) which takes the bill down to $3,170.77. But, we’re still above the circuit breaker, so the taxpayer’s bill remains $2,400 (plus any referendum rates). The Circuit Breaker Credit has been reduced from $897.24 down to $770.77. What that means is that, because the School’s debt service rate has been reduced, the other taxing units collectively experience a smaller hit from the circuit breaker. The City, County, Library, Township, etc. will get slightly more money even though the taxpayer’s bill remains the same.

Keep in mind that I have been using $240,000 residence as my example. People with expensive homes (and therefore a higher 1% cap), landlords (2% cap), and owners of non-rental commercial properties (3% cap) are going to have a higher tax burden and are more likely to have cause for complaint.

The school’s debt service rate can only be used to pay for long term debt obligations. In West Lafayette’s case, that means bonds issued for its buildings. It cannot be used for operations or personal services such as teacher’s salaries. The operations fund is a consolidation of some older funds such as the transportation fund, capital projects fund, bus replacement fund, and a couple of smaller items. It is mainly used for non-classroom expenditures that support school functions. That rate seems to be based on a combination of historical rates which increase based on something called the assessed value growth quotient, an explanation of which is beyond the scope of this particular post. The referendum rate is based on whatever the voters approved. It can be used for any lawful school expense. In the case of West Lafayette, it is not being used for debt service.

And … now I’m pretty far afield from my original project.  But, hopefully that helps illuminate more than it obscures.