One thing you’re looking for in an elected leader is steadiness and the ability to differentiate between a bump in the road and a cliff. If it’s a cliff, maybe you risk steering the car into the ditch to avoid it. If it’s a bump in the road, you’ve just wrecked the car for no good reason. In a complicated world, it’s easy to alarm the public and undermine valuable institutions through careless rhetoric. This is true even where the rhetoric is well-intentioned. Intemperate claims are all the more tempting in the middle of a political campaign or in the quest for clicks and eyeballs. 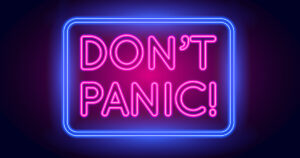 Like a Lannister, West Side always pays its debts.

Which leads me, as all things do these days, to the West Lafayette School Board campaign. Claims are being made that West Side is drowning in debt. Its finances are precarious. Every student owes $40,000! We’ve lost $50 million because the school has no financial controls! The more extreme claims are not from candidates themselves, but rather social media reactions from people who have been spooked by less inflammatory but still overheated campaign rhetoric. We have debt to be sure. We built a new elementary school, renovated another elementary school, constructed a science wing, constructed a performing arts center, replaced a failing pool in a way that opened up space in the high school, and constructed a new aquatic center. Turns out those aren’t free. But we aren’t drowning. We’re strong swimmers (I just mentioned the aquatic center).

The short version is that in the first half of the 2010s, West Side was getting close to retiring bonds for construction from building we did in the 90s. The school developed a priority list of building projects it wanted to complete. Back in 2016, the school corporation’s debt service tax rate of $0.5375 per $100 of assessed value (are you asleep yet) could sustain a debt burden of about $50 million. The old debt was about to be retired, the school corporation had building needs, and the school wanted to do as much as it could while maintaining a steady tax rate. In the years since 2016, West Lafayette’s assessed value has gone up so that the school corporation is able to assume more than $50 million debt without raising the tax rate. Ultimately, the school borrowed quite a bit more than $50 million, kept the tax rate steady, and was able to get deeper into its priority list. The candidates trying to knock out the incumbents are looking to make hay out of the school spending more than $50 million — which is fair game — but they’re doing it by steadfastly ignoring the tax rate and intimating that the school is on the precipice. Not incidentally, this is the same argument made unsuccessfully during the 2020 campaign. (I wrote a blog post addressing many of those issues* as part of my own 2020 campaign — which was also unsuccessful, I’m sad to say.) Back then, as I recall, they were saying that the school was going to run out of money in 2022. The school’s municipal building corporation — something standard in Indiana municipal finance — was characterized as a “shell corporation” which tells you that generating heat was at least as important as generating light with that campaign rhetoric.

(Emphasis added). Given the actual construction prices for these projects, I don’t think getting through that entire list was realistically on the table for $50 million.  My sense is that, at the time, the folks involved thought we’d be able to get further than we did. But, for example, I don’t think anyone was seriously talking about being able to improve Straley Field back then or being able to build a new early childhood center at Happy Hollow without funding sources other than that original round of debt. There may have been hope that we could get some of the high school renovations done through a combination of lower construction costs and private donations. For my own part, I recall having the sense at the time that I’d be inclined to skip the aquatic center if construction prices forced us to choose. Then I lost the 2016 election and that became someone else’s decision. Also, as it turned out, getting rid of the old pool was part of the plan to open up more academic space, so ultimately the decision was not as simple as “pool or no pool.”

In any case, part of the discussion getting lost in the current election rhetoric is that, even according to the October 2016 minutes, the calculation was that the tax rate would support a debt burden of $50 million but also, the school anticipated that assessed valuation would go up and support additional debt without raising the rate. Since 2016, the school has, in fact, issued additional debt  supported on the $0.5375 debt service rate and, with the additional money, the school worked its way down the priority list. It also bears mentioning that decisions made in 2015 and 2016 are not cast in stone. In the intervening years, we’ve had new elections, new board members, new challenges, and new decisions. Schools, like any other organization, adjust and adapt.There’s nothing inherently wrong about deciding that maintaining the tax rate and getting further down the priority list was more important than sticking to a price point that wouldn’t provide the schools with the facilities they need.

According to a Winter 2021 update from the school, the amount of debt ultimately issued was $83 million. Bonds were issued in 2017 ($47 million), 2018 ($15 million), 2019 ($15 million), and 2020 ($7.5 million). According to that same Winter 2021 update, the new elementary school (grades 4-6) came in at $29 million, renovations to our K-3 facility came in at $15 million, the Aquatic Center and Cafeteria came in at $12 million, James R. Guy Academic Wing (our new STEM area at the high school) came in at $13 million, the Bob Kelly Performing Arts Center came in at $8 million, and stair tower/second floor classrooms at $1 million. That’s $84.5 million in bonds and $78 million in construction. I think there is some bond money left over and there may be other renovations I have missed.

Growth in West Lafayette and Tippecanoe County is strong. The increased assessed value and a steady tax rate are adequate to support West Side’s bond payments.

The school’s September 2022 fiscal plan, reflects that revenues from the existing debt service tax rate will continue to meet bond obligations.The take aways: we spent more than $50 million, the tax rate has remained steady, we are financially stable, and we have good facilities for our students. And let’s not minimize that last point. We got something for our money. Adequate facilities are important to education and to the community. The candidates criticizing the expenditures were doing so at a candidate forum held in a room built with that money.

Predicting the future is fraught, but growth in West Lafayette and Tippecanoe County is strong. All indications are that assessed value will increase in our school district — in part because people want to move here because we have good schools with good facilities — and that rate will generate more revenue than the bond obligations require. Meanwhile, the existing bonds were obtained at favorable rates and, while in recent years, construction costs have escalated, it’s anyone’s guess whether they will decrease any time soon. In other words, the time to act on the improvements that West Side needed was in the past few years. Waiting likely would have made the process more expensive.

Debt Service revenue is not available to pay teachers or fund other operational costs.

The way the tax caps work in Indiana, spending less and reducing the school’s debt service tax rate below $0.5375 probably wouldn’t reduce taxes for most people, at least not on residential property with a 1% cap. (Landlords and owners of more expensive homes may have a beef, however.) For residents with less expensive homes, reducing the school’s debt service rate would mainly just mean that more of the money under the 1% cap would go to the other taxing units in the school district (e.g. city, county, library.)

Finally, the commentariat makes the predictable suggestion that we could spend more on teachers or other operational costs if only we had not wasted so much money on facilities. That’s not how these funding sources work.  The education fund and the debt service fund revenues come from different sources, so money not spent from the debt service fund could not be spent on teachers or other operational costs.

That’s my take on the situation anyway. I took the hint from my last run and am not on the ballot, so you don’t even have to vote for me!