(General programming note for blog readers in the West Lafayette school district: I am a candidate in the 2020 West Lafayette School Board election. There are four seats open, and I would like to fill one of them. If you want to know more about my campaign, ask questions, request a yard sign, please go to https://masson.us/schoolboard.)

This is an update to a previous post which I’m just going to copy below for convenience. By way of reminder he General Assembly has adopted a law that (simplified a bit) requires a school corporation to sell its real estate to a charter school for $1 if the school corporation is not currently using the facility. West Lafayette Community School Corporation currently owns the Happy Hollow property but it is not being used for school purposes at the moment. Rather, it’s being leased to the City of West Lafayette as a city government building while West Lafayette renovates the old Morton facility. Happy Hollow has structural issues that need to be remedied which is what led to the school corporation building the new West Lafayette Intermediate School. Long-term, the plan is to renovate Happy Hollow so that it once again becomes suitable for use by WLCSC  – the current thinking is that it might be a good location for an early childhood education center. The state’s $1 charter school legislation is an impediment to long-term planning of this kind.

WLCSC filed suit in Tippecanoe County in September of 2019 challenging the law. Not long thereafter, however, it became apparent that a lawsuit filed by Lake Ridge School Corporation and School City of Hammond in Lake County, schools that had similar concerns, would be a better vehicle for the litigation challenging the law generally. WLCSC dismissed its Tippecanoe County suit and filed a motion to intervene in Lake County (45D05-2001-PL-2). The State filed a motion to dismiss very similar to the one it had filed in Tippecanoe County, arguing primarily that the issue was not “ripe” for adjudication (because no charter school was yet actively seeking to purchase one of the affected properties) and also arguing — somewhat breathtakingly — that the State has no obligation at all to pay for property it takes from local government. For reasons I explained more in the previous post, I think the State does have to compensate local government if it takes local government property. I’m also of the opinion that this law would violate Art. 10, §1 of the Indiana Constitution which provides requires the General Assembly provide a “uniform and equal rate of property assessment and taxation.” Happy Hollow was paid for by property taxes that were not “uniform” to those that you would find in, say, unincorporated Tippecanoe County. That non-uniform taxation is appropriate insofar as it is used to benefit the school district. It is inappropriate to use taxes peculiar to the District to benefit the State at large.  See City of Richmond v. Scott, 48 Ind. 568, 572-73 (Ind. 1874) (determining that unequal rates of municipal taxation do not violate Art. 10, §1 because “taxes for corporate purposes cannot be equal. The wants and necessities of towns and cities cannot be equal. Some require a higher and some a lower rate of taxation.)

While not necessarily reaching the substance of these arguments; yesterday, the Lake County Superior Court gave the first round to the schools – determining that West Lafayette would be permitted to intervene (i.e. participate in the case) and that the State’s motion to dismiss would be denied. That means the parties can proceed with discovery, summary judgment arguments, and, if necessary, trial. This wouldn’t seem to be the type of case where trial is likely to be necessary because the relevant facts shouldn’t be in much dispute. The contested issues will be issues of law — e.g. whether the State is required to compensate local government for takings and, if so, whether the law making the property subject to purchase for a dollar by a charter school amounts to a compensable taking. Issues of law are decided by the Court. The trial court’s decision will not be the final word. However the trial court rules, somebody will almost certainly appeal.

I’m obviously pulling for WLCSC. Even putting my local loyalties aside, the way the State has handled charter schools has undermined public education in Indiana. As I’ve said before, there is some evidence (out of Massachusetts mostly) that properly regulated charter schools can do some good. But the Indiana General Assembly is decidedly uninterested in any sort of rigorous regulation of charter schools. 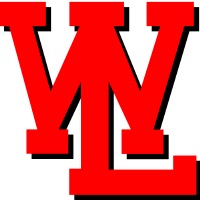 There is an old United States Supreme Court case, Board of Commissioners of Tippecanoe County v. Lucas, 93 U.S. 108 (1876) where the Court said, “the legislature of a state possesses the power to direct a restitution to taxpayers of a county or other municipal corporation of property exacted from them by taxation, into whatever form the property may be changed, so long as it remains in possession of the municipality.” (emphasis added) It’s true that the State has a lot of power to direct the affairs of local government. So, if the State said that the school had to sell vacant property at market value and, for example, use the proceeds to buy school buses for itself, the “taking” argument would be much weaker. Yes, the State is meddling in local affairs, but taxes paid by local residents are not being diverted to other entities.