You are here: Home / education / Washington Post on the Political History of School Privatization in Indiana 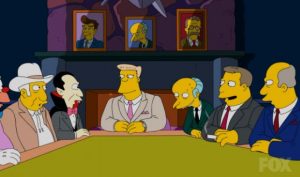 Valerie Strauss, writing for the Washington Post, has an article with some of the political history behind school privatization in Indiana and the related defunding of public schools in the state. (Much of the article seems to come from Carol Burris.) Former Governor, Mitch Daniels, is mentioned prominently for obvious reasons. But, the article dates the movement back to a discussion at a 1996 event involving Mike Pence, Mitch Daniels, Steve Hilbert, Mickey Mauer, and Fred Klipsch.

Daniels asserted that there was no debating “the abysmal, atrocious failure of the public school monopoly.” Mauer was apparently told he was wrong when he tried to argue that the Carmel schools were doing o.k. Twenty-one years later, the result of that discussion would be described as:

[P]ublic schools were reeling from 15 years of relentless attack. I found public schools engaged in fierce competition with each other, charter schools, virtual schools and voucher schools for students and the “backpack funding” that came with them.

Entire public school systems in Indiana cities, such as Muncie and Gary, had been decimated by funding losses, even as a hodgepodge of ineffective charter and voucher schools sprang up to replace them.  Charter school closings and scandals were commonplace, with failing charters sometimes flipped into failing voucher schools. Many of the great public high schools of Indianapolis were closed from a constant churn of reform directed by a “mind trust” infatuated with portfolio management of school systems.

The article talks about much of the PAC funding of the political movement that resulted in a political environment where public schools could be attacked coming from Betsy DeVos starting in 2010. I think their dates are off a little. Back in 2006, I posted about Dick DeVos and his Amway fortune funding an organization called “All Children Matter” that was donating liberally to Indiana campaigns. Of “All Children Matter,” I wrote, “All Children Matter is devoted to privatizing our educational system through use of vouchers and similar schemes or, to use their characterization, offering “school choice.””

In any case, the Washington Post’s telling of the tale of Indiana’s assault on traditional public schools is well worth reading. In the years since, we’ve discovered that private schools don’t yield better results and charter schools very often suffer from sketchy oversight. We need to re-commit ourselves to giving public schools the resources they need to thrive. In addition to educating our kids, our public schools provide an important focal point for our communities generally. They are part of what transform our cities and counties from a collection of individuals into a community — something that charter schools and private schools don’t do nearly as well.