You are here: Home / education / Knocking on Doors

This blog has not, for years, been on any kind of reliable publication schedule. Sometimes, it’s three times per day, then I go a week without anything. That probably explains the longevity — I’ve not put any kind of pressure on myself. It hasn’t done much for readership levels. If I wanted a lot of readers, I’d post 3-5x per day on Daylight Saving Time, class basketball, and why this or that politician is truly a monster.

Anyway, I’m going through one of my ebbs — which is coming at an inopportune time since this we’re getting toward the end of session when the General Assembly tends to get into most of whatever pernicious nonsense it decides to bring upon itself. So, I thought I’d mention what was occupying me instead of seeing what the General Assembly was getting into in terms of abortion, religion, following the “education choice” will-o-the-wisp, and whatever else. 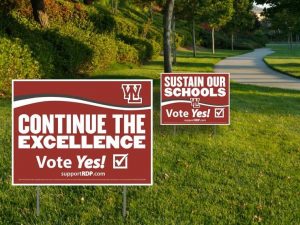 Under the state’s funding formula, West Lafayette is in the bottom 2% of schools in terms of state funding. In fact, since 1993, the state’s school funding choices have worked against West Lafayette schools at almost every turn.  However, we’re a community that values its education. So, in 2010, the people of the community stepped up and passed a local school funding referendum. Partially as a result of this, we have one of the best (arguably the best) school districts in the state. Under the state’s school funding referendum model, a community has to keep passing these things every 7 years or so if it wants to keep the funding in place. So, I’m taking part in an effort to keep the local funding in place. One of the things this requires is knocking on a lot of doors. I’ve never actually done any canvassing before. Turns out, it’s pretty enjoyable. It helps a lot that I believe in the cause and most people in the community seem to be supportive. Getting out and talking to people is, for the most part, energizing. And, this morning, I brought my daughter along as my wingman. She seems to have an aptitude for it. (I warned you all this was coming when she was two.)

So, that’s eating up quite a bit of free time. Coaching the kids’ soccer teams starts up next week, so I wouldn’t be surprised if things are a little quiet around here in April. For those of you in the West Lafayette School District, I encourage you to vote “yes” to the school funding question on May 2. If you want to learn more, volunteer, and/or spruce up your lawn with a sign, head on over to SupportRDP.com.