You are here: Home / education / Education = Economy = Quality of Life 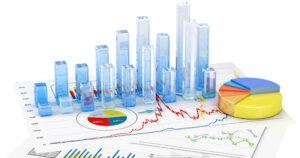 I’m not an economist. When I see a lot of charts and numbers about the economy, they tend to wash over me. On an individual level, for example, I don’t tend to care what my house is worth as long as I’m comfortable living in it. That view extends to my opinions on public policy where the economics numbers tend not to penetrate for me unless they offer insight as to whether the economy is helping to people to live happy, meaningful lives. In my estimation, that’s ultimately what an economy is for.

Fortunately, Michael Hicks is an economist, and he writes things that help me understand the relationship between Indiana’s economy and the well-being of its people. You should go read his recent Substack post, “Chasing Smokestacks Isn’t Working.” In it, he makes the case that our lawmaker’s economic policy choices have not been working well for Indiana. In particular, chasing and subsidizing manufacturing jobs has not done much to help Hoosiers over the last decade or so. Despite a great deal of effort and money to incentivize factory jobs in Indiana, “A factory job today pays no differently in Indiana than it did in the Clinton Administration, and a new factory job pays a bit less.” The manufacturing jobs we’re adding are low wage and “low skill (or at least low formal education.)” Workers in Indiana have experienced a declining share of GDP in terms of wages and benefits.

Meanwhile — and these parts jumped out because discussions of education policy are like catnip to me — “[s]pending on public education is well down from 2010 levels, spending on higher education much lower than in 2010, and on a per student basis declining faster than at any time in state history. … Indiana just doesn’t have the educated workforce the modern economy needs. Educational attainment means higher wages for everyone.” And I’ll just block quote and bold this next bit because it’s important:

The link between educational attainment and per capita income is not a mirage conjured by some faculty member. Rather it is one of the most continually regular empirical facts in the social sciences.

So, we’re chasing low paying factory jobs associated with low educational attainment, eroding our investment in public education, producing fewer educated Hoosiers, and losing more of the kids we do educate here. Consequently, the firms with the high-skill, high-pay  jobs that require higher education are less likely to locate in the State. An eroding school system is exacerbated by limited options for local communities to make themselves into places where people wish to live. This is not from Professor Hicks, but some of the challenges faced by local government arise from fairly strict limitations on the taxes they are permitted to levy and dictates from Indianapolis tying the hands of local officials on any number of issues. In a different publication, Prof. Hicks (and colleagues) argue that improving quality of life in communities, not just limited to the ability to do business in the community, is key to rejuvenation and prosperity. Low taxes and mere employment are not enough.

Communities should aspire to strong schools and they need to have recreational opportunities, cultural activities, and solid transportation infrastructure. Again, this is me speaking, but if you own a company or are important enough as an employee to drive location decisions for the business, are you going to move your family and the families of your executives or in-demand employees to some sad, dying town with no prospects and nothing to do? Of course not. Even if you might be willing to plop down a factory where it’s not too important who’s manning the machines to pump out a few widgets. Maybe you’ll even visit once a quarter. If you’re a decision maker or someone with pull, you’re going to make damn sure that your kids are able to go to a top-notch school. (I think a non-trivial reason that West Lafayette has been doing well is that, in addition to Purdue, it has the West Lafayette schools — consistently ranked highly in the nation and at or near the top in Indiana.)

Once again, I’m reminded of the “No Time to Lose” study by the National Conference of State Legislatures from six years ago about lessons we can learn from world-class education systems. (Spoiler: vouchers and privatization isn’t something that any of the best school systems in the world do.) On the subject of manufacturing, the study discusses developing a Career and Technical Education path for those students preferring more of an applied education rather than a more academic approach. This shouldn’t be an educational backwater like so many vocational programs. It should be geared to boosting the national economy and providing a higher standard of living for a broader base of the population. From the study:

Singapore and Switzerland, in particular, have built strong systems of CTE with close ties to industry. Singapore uses a school-based model and Switzerland uses anemployer-based model. In these countries, CTE is not perceived as a route for students lacking strong academic skills, but as another approach to education, skills development and good jobs. CTE is well funded, academically challenging and aligned with real workforce needs. It is hands-on, attractive to students and parents, and can lead to university for students who may seek professional and managerial positions later. For other students, CTE is a pathway to good jobs, by building technical skills that can be achieved much earlier than the traditional academic experience.

If you followed the education shit show from this most recent installment of the General Assembly, even though ISTA managed to persuade the General Assembly not to enact the worst ideas, you know that our state is not taking seriously the lessons of world-class educational systems in other countries. More teaching by untrained, unlicensed teachers? Permit lawsuits from people who are made uncomfortable by what they’re taught? Post a year’s worth of lesson plans prior to the school year? These are not the proposals of people serious about making sure our schools can compete against the best in the world.

I’m just repeating myself from other posts over the years, but we need to beef up our education schools, attract the best students to them, pay them commensurate to our expectations, give them the respect of upper echelon professionals, and rely on them to teach the kids. We need to properly fund our traditional public schools and stop fragmenting the system with vouchers and other privatization schemes. We need to invest in local public infrastructure and amenities. And, we need to trust that these investments will create a virtuous feedback loop that will offer returns in the form of an improved quality of life that outweighs the money spent on the investments.