I don’t know how serious the consideration is, but the Indiana General Assembly Interim Study Committee on Courts and the Judiciary received a recommendation from the Department of Child Services based on a suggestion from the Child Welfare Policy and Practice Group. (That CWPPG report is worth reading for anyone wanting a deep dive into the subject. The recommendation is to reconsider the statutory definition of “neglect” which is the most common reason for a “Child in Need of Services” (CHINS) case or designation. Specifically, they recommend excluding neglect which is based solely on poverty and limited, one-time lapses in parental judgment. The overarching problem is that Indiana’s DCS is buckling under the strain of its responsibilities.

Inadequate funding is one issue. But there is also a question of whether the system is over-inclusive. Indiana had a 90% increase in children being referred to out-of-home care from 2005 – 2017 (that seems like an odd date range to pick) while neighboring states had between 10% -40%. Indiana also has a comparatively high rate of children being referred to child protection. Only Washington, D.C., West Virginia, and Vermont have higher rates of referrals. (A caution to the reader – I don’t have a great deal of involvement with these types of cases, so I only have a very broad idea of what it means to be referred to out of home care and to be referred to child protection). The study noted that Indiana has significantly more court involvement with these cases than is common nationwide. 72% of child victims in Indiana have court cases pending compared to 29% nationally. So, the question is whether Indiana has a bigger problem or if it is unnecessarily catching families up in a dragnet.

There is a lot to unpack in the CWPPG review and recommendations, and I’ve only skimmed it. But, with respect to the statutory definition of neglect that caught my eye when I started writing this post, the current definition says:

The child’s physical or mental condition is seriously impaired or seriously endangered as a result of the inability, refusal, or neglect of the child’s parent, guardian, or custodian to supply the child with necessary food, clothing, shelter, medical care, education, or supervision.

According to the working group, this is not an uncommon definition, but it notes that other states exclude violations due solely to poverty and occasional lapses in judgment. The proposed definition would define neglect as:

I see what they’re trying to do here, but I’d revise the language somewhat. They want to excuse neglect when a parents are trying their best but just can’t provide, but they don’t want to excuse poverty due to sloth. I think they need to incorporate the “solely” concept into the definition, and I think they need to back off a bit on the failure to seek financial means. As currently written, I don’t see an acceptable poverty excuse that actually makes the cut.

But, overall, the general thrust of the idea isn’t too disagreeable. You want to avoid dragging more people into the system than you have to. You want to devote limited resources to where they can do the most good. And you don’t want to criminalize or otherwise diminish parental rights simply because a person is poor. However, where kids are suffering due to poverty, we need to do a better job of providing for them. And, of course, there is the larger problem of the economy being hollowed out and the consequent erosion of the middle class. But, I suppose that’s a bit much to put on the shoulders of DCS. 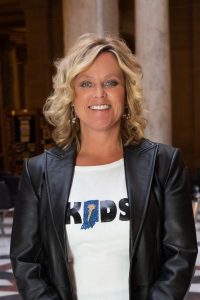