Well, not really. But, with respect to the sunscreen, it says that students may possess sunscreen at school and that schools may assist students with application of sunscreen provided they have the parents’ permission. It also gives schools civil immunity for actions they take complying with this legislation.

Personal note: If I ever win a case with a sunscreen immunity defense, I’ll consider it my best day as a lawyer.

Put away the book, nerd. It’s only August 20th.

Sen. Leising seems to have a thing for schools and “the good old days.” Her perennial windmill is, of course, attempting to have the State government mandate school curriculum relative to cursive writing for what I regard as a combination of nostalgia and specious reasoning. (This year, she submitted her cursive bill as SB 8.)

With her SB 7, which would prohibit schools from starting earlier than the last Monday in August, I also detect a strong whiff of nostalgia. I’ve also heard it characterized as a response to lobbying efforts from the amusement park industry. Whatever the lobbying background of this proposal might be, my sense is that more generalized support for this initiative is going to be from people with a sense that back in the good old days, we had longer summers. When I was a kid, and my birthday rolled around in early August, I still had a few weeks of vacation left. I seem to recall my parents talking about school not starting until after Labor Day.

Aside from the general idea that school corporations are perfectly capable of organizing their calendars without dictation from Indianapolis, West Lafayette’s superintendent, Rocky Killion, had a column in the Journal & Courier a few weeks ago discussing some of the problems with this proposal.

?  Indiana code requires 180 days of instruction for all public schools.

? If public schools cannot begin school until the fourth week of August, then students will be attending school through mid-June.

? Students and staff members involved with advance placement tests would not be able to participate in the national testing schedules.

? It is better for high school students to finish their first semester finals before winter break rather than having to take several weeks off and then come back and finish first semester at the end of January.

?  Seniors who plan to graduate early will now have to return in January to finish their first semester and may possibly be prevented from enrolling into college until the fall semester.

?  All three public school districts in Tippecanoe County serve students whose parents are associated with Purdue University.  When Purdue University ends classes in early May, many parents will be forced to choose between staying in the area through mid-June or taking their children out of school before the end of second semester.

Even though I’m not immune from grumbling about “back in my day” when my kids go back to school in the heart of August, the fact is that the scheduling works out o.k. And I trust that our local officials have decent reasons for implementing the schedule the way they do. They have lives and families outside the schools, just like we do, and I doubt they are any more eager to cut summer short than anyone else. But, there are competing considerations involved. And the General Assembly may not know how to appropriately weigh those considerations for each community. 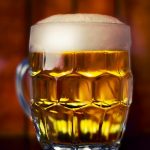 All we need is a ten and fiver; a car and key and a sober driver. B double-E double-R U-N: Beer Run!

Senator Alting has introduced SB 1 which would permit package liquor stores, grocery stores, convenience stores, or drug stores to sell alcohol from noon until 8 p.m. on Sundays. This bill was recommended by the Alcohol Code Revision Commission and is obviously an improvement over the current law. However, the hours permitted on Sunday contrasts noticeably with the 7 a.m. to 3 a.m. permitted the rest of the week.

As it happens, my preferred time of the week to do my grocery shopping happens to be Sunday morning. I don’t have to be at work, and the crowds are usually pretty low. But, it also happens that I don’t really mind all that much making a separate trip for a beer run. Ultimately, treating Sunday differently from the rest of the week for alcohol sales just seems like an anachronism without a lot in the way of legitimate public policy reasons to recommend the distinction. Still, half a loaf is better than none.

Sen. Kruse has introduced SB 65 regarding instruction about human sexuality in school. Schools would be required to make available to parents any instructional material on human sexuality “including sexual activity, sexual orientation, and gender identity.”

I predict that the kids who are most in need of instruction on these subjects are probably going to be the ones with the parents who are least likely to consent to the instruction.

“House Democrats selected a pro-life, pro-gun Democrat as their new leader Monday in a private caucus.”

The leader of the Indiana House Democrats, Scott Pelath, announced that he will not be seeking re-election and stepped down from his leadership position. The House Democratic caucus picked Terry Goodin, from Austin, Indiana. He is the Superintendent of the Crothersville Community School Corporation in Jackson County.

The other main contender was reportedly Phil Giaquinta out of Fort Wayne.

For years, Pat Bauer controlled the House Democrats. After a couple of walk-outs and electoral shellackings, the Democrats ousted Bauer. Rep. Linda Lawson served as an interim leader before the House Democrats picked a more permanent leader in Pelath who served in that position since 2012 (but there hasn’t been much in the way of an uptick in Democratic fortunes during that time.)

I don’t know much about Goodin. (I’ve never been that well versed in the State House power dynamics, and I haven’t been paying as much attention to the legislature in recent years as I once did.) But, he seems to have been a Bauer loyalist. The only blog entries about him that I can find indicate that he proposed legislation in 2007 and 2008 regulating the sale of “sexually explicit products.” That legislation was struck down as unconstitutional by Judge Barker in the Southern District.

On social media, the Hoosiers on the left that I follow seem pretty uniformly disappointed in the choice. (See, e.g., the Indy Democrat Blog). The main theme I see about the reason for the disappointment has to do with his opposition to same sex marriage. From what I can tell, morale hasn’t exactly been high among state Democrats for years. (In the House, I believe they are outnumbered 30 – 70.) This doesn’t seem to be helping. At the moment, it looks like there is an anti-Trump wave building for 2018. From the grumblings on social media, I’d say Goodin probably isn’t the best choice to energize state Democrats to take advantage of that wave. But, I’ll hurry to add that I’m no political strategist, and the grumblings of the voices I hear aren’t necessarily representative of anything.

It’s a judgment call: are political parties most successful when they focus on their most loyal members . . . or when they focus on shifting toward the other major party to try to pick off its supporters? My guess is that the Democratic calculus here is that, with only 30 seats, Hoosiers have spoken, and they like what socially conservative Republicans have to say. If that’s what they’re thinking, I’d call it a mistake. I think voters dislike inauthentic even more than they dislike policies they’re opposed to. Maybe it’s a political analog of the uncanny valley. But, like I said, I’m no strategist. 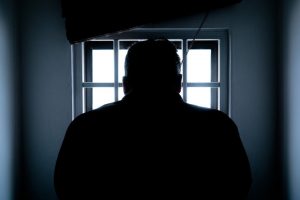 Counties bear the brunt of shifted costs of incarceration.

A memo from LSA on Department of Corrections inmate populations was provided to the General Assembly’s interim study committee on Corrections and Criminal Code. It indicates that the Department of Corrections’ inmate population is down about 3,000 inmates for Fiscal Year 2017 as compared to Fiscal Year 2014. A lot of this has to do with changes in sentencing standards that keep Level 6 felons in the local jail rather than sending them off to the state prison. (Increased levels of drug addiction play into this as well.) If I’m reading the bottom line numbers correctly (and there is a decent chance I’m not), it looks like this has resulted in the state spending about $30 million less per year than it did back in 2013.

There has been an increase in payments to the County to deal with this population, but I’m not convinced that those payments equal the increased expenses to County governments. Even if the operating expenses are accounted for, at a certain level of increase, counties have to start making capital improvements if jail populations increase. And that tends to be a quantum leap in expense.  You have to build a new jail or new wing or something. And that isn’t cheap. I know there have been stories out of Vigo County where they seem to be having an awful time trying to increase the capacity of their jail.

Additionally, counties have less control over jail populations than the state does. Sentencing decisions are being made by state officials (the trial court judges). If jail populations get too expensive, the state has options (e.g. revised sentencing laws). Counties more likely have to just absorb the cost (e.g. raise taxes or reduce other services).

There seem to be decent penological arguments for keeping low level felons close to home. But, I definitely hope the General Assembly is keeping an eye on the shifted expenses and make sure counties are given sufficient resources to fund this additional burden without having to pave fewer miles of road or undertake fewer drainage projects.

The Interim Study Committee on Commerce and Economic Development is entertaining proposed findings as to “short term rentals” (e.g. Airbnb type rentals). The draft findings are as follow:

The recommendation would be that the policy of the state be to prevent “undue restrictions” on the use of a person’s primary residence as a short-term rental.

I don’t have any particular expertise on this issue, but it seems to me the proposed findings pass the buck (almost literally) on the issue of how to make sure these folks pay the proper amount of income tax, innkeeper’s tax, or whatever the case may be.

Additionally, the finding about local government having the tools to address noise, nuisance, and parking problems might be a little optimistic. Anyone who has had to deal with bad neighbors knows how inadequate these tools can be. That said, I don’t know that “short term” rentals are any worse than long term rentals. My suspicion is that I’d rather live next to an owner-occupied residence where the owner rents out a couple of weeks a year than a residence that is solely used as a rental. To the extent this becomes the basis for actual legislation, I guess I’d like to see some sort of ratio of days leased versus days owner-occupied in the definition of short-term rental. If the turn over is too frequent and too rapid, it becomes a business better suited in a commercial zone than a residential zone.  Also, this is an issue where the best implementation might vary from place to place, so the State should defer to the locals and avoid trampling on home rule.