I was having a discussion on the WELL about the Indiana General Assembly’s latest veto override having to do with transgender women and girls participating in women’s sports. Before I got into the conversation, there had been a fair amount of discussion I regarded as being pretty deep in the weeds and/or a little too focused hypotheticals having to do with athletically gifted edge cases. Among other things, I wrote:

[R]eporting on the ground as someone with kids in Indiana’s schools: this is not an issue of practical importance for Hoosier athletes. It’s clearly a cultural proxy war. Focusing on the particulars of athletic competition is inevitably going to miss the mark because the argument is a pretext. The people voting for this legislation never showed anything like a burning concern
for women’s athletics in the past.

…
There are a couple of trans girls in my kids’ friend group. These kids are not what you’d call athletically gifted. They aren’t going to dominate any sport in any league, male or female. It’d be nice if they could just run around and have fun playing some sports without being turned into political footballs or abstract topics of debate.

The cultural proxy war aspect made me stop and think though. So often what we’re arguing about, with respect to all kinds of subjects, is a stand in for something else. Abortion often really isn’t about abortion, it has as much to do with gender roles and sexual morality. So, when you offer ways to reduce abortion, they often get ignored because they don’t reinforce old notions about gender roles and sexual morality. Gun control gets complicated because the weapon isn’t a tool for hunting or self-defense or whatever the stated purpose; rather it has become a cultural identifier – a shibboleth, I suppose – and, so, regulations that might enhance safety and might not, on a completely practical level, be objectionable become non-starters if they’re seen as impairing a person’s cultural identity or being imposed someone outside of the culture. 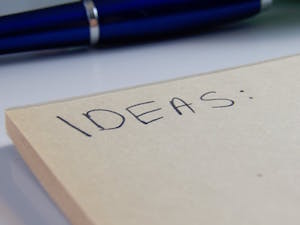 A lot of talk about racism and sexism are really about power and control, and so approaches that superficially confront the stated concerns about race or sex but don’t shift the balance on power or control will be seen as inadequately. On the flip side, requests for superficially inconsequential changes that do indicate a shift in power and control will generate outsize controversy. (Team and building names come to mind for this one.)

And it’s not just the big issues of the day where this happens. Complaints about how a spouse loads the dishwasher could be a stand-in for issues over unequal workloads around the house. Complaints about sex could be more about attention, respect, status, or a multitude of other things. Complaints about “kids these days” are really just nostalgia and unhappiness about aging.

Another small-time example: our local school board politics seem to involve a lot of talk about “transparency” and the various mechanisms for board meetings lately. But the people making these arguments seem mostly not to like that particular decision-makers are in positions where they get to make the decisions. And this dislike very often seems to stem from specific grievances — e.g., someone didn’t keep a position of employment they like, someone else’s kid didn’t get the particular services they wanted, someone else didn’t get to control a school-related working group, a school board member was in the minority as to their preferred choice of a superintendent, etc.. But, these specific grievances wouldn’t have a lot of resonance in the larger community. So, you get these process oriented complaints that are largely divorced from the substance. Addressing the stated process complaints don’t really fix anything because the underlying grievances weren’t at their heart, about the process.

As a lawyer, I’ve come to understand that the law often just a big bundle of abstractions that we’re using as tools for managing conflict. The law itself is what one writer called “potential violence.” When we’re talking about a law, we’re really talking about if, when, where, why, and how the government will cause people with guns to come and use force against you. You hit me with a car. I complain to the government via its courts. I want money from you. If I’m successful in convincing the government that I ought to have your money, the court will enter a judgment to that effect. And, if you don’t turn over your money to me, as ordered, eventually we’ll get to the point where the people with guns extract it for me. But I never say, “Government, I want you to use your employees with guns to take his money and give it to me.” Instead, I’ll spend a lot of time talking about “negligence.”

There are probably a bunch of sociologists I’ve never heard of who have spilled a lot of ink discussing why we argue in this fashion. It’s likely easier to persuade a group when problems are abstracted because they might identify with concerns that are related but not quite as specific as what’s really motivating and individual. And direct appeals based on selfish motivations that highlight the precise winners and losers along with any force that might be necessary to maintain or alter the status quo are likely more off-putting than indirect appeals that obscure motivations that leave the uglier parts unstated.

Thank you for attending my TED talk.