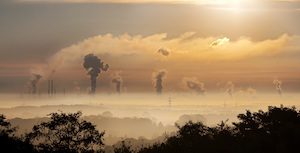 Pollution does not respect state borders

Rep. Judy has introduced HB 1127 (317-232-9619). It purports to nullify all regulations of the federal Environmental Protection Agency. The bill preemptively starts with some 10th Amendment gobbledy-gook, then declares all regulations passed by the EPA are void in Indiana. So, according to this statute, Congress has no authority to adopt, say, the Clean Water Act under the commerce clause or otherwise.

First of all, it’s ridiculous posturing to say that every clean water regulation adopted by the EPA under the Clean Water Act exceeds the authority granted under the U.S. Constitution. Second, even if the regulations were unconstitutional, the method for rectifying that is going to a federal court and requesting that a judge strike down the law. The Tenth Amendment zealots might claim that they shouldn’t have to go to a federal court — states are co-equal sovereigns, after all. But that ignores the Supremacy Clause. States can’t unilaterally invalidate a federal statute.

The fiscal note reports that Indiana would lose $24.7 million annually. In this case, it should also probably estimate the cost of fighting and losing the inevitable lawsuits.

And all of this is ignoring the more substantive point that there is a good reason for environmental protection to be the subject of federal regulations. Pollution does not respect state lines. Bad environmental policy in the Midwest can cause acid rain in the Northeast. Federal regulation can help ensure that Indiana does not, for example, externalize the costs of producing energy — reducing its costs and dumping them (literally in some cases) on other states.