Thomas Langhorne, writing for the Evansville Courier Press, has a report on the Indiana Republican convention where the group came up with the party platform. One plank states as follows:

“We believe that strong families, based on marriage between a man and a woman, are the foundation of society. We also recognize that some families are much more diverse and we support the blended families, grandparents, guardians, single parents and loving adults who successfully raise and nurture children to reach their full potential every day.”

The language is notable for its insistence on the “a man and a woman” composition for strong families. I’ll get to the exclusion of same-sex couples in a second, but the way this thing is drafted, the support for everyone but married, heterosexual couples is really backhanded. I don’t know that this was the intent, but shoe-horning the man/woman language into the text changes the message for everyone else. If the language said, “we believe strong families are the foundation of society. We recognize families are diverse and support . . . ” that would be an indication that families, of whatever composition, are critical to society and we’re going to support them. As it is, the language says that families not centered upon a heterosexual, married couple are not foundational. They are incidental — at least by implication. Saying that marriages ought to be heterosexual is one thing (a thing with which I disagree), but saying that families composed of grandparents and guardians and whatnot are something other than foundational is fairly startling. 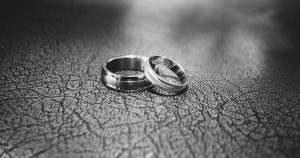 As for the idea of same-sex marriage, I was originally thinking of picking holes in the rationales for opposing same-sex marriage: their Biblical interpretation is rigid on this point where they  re-interpret or ignore other parts of the Bible; their historical analysis ignores many times, places, and aspects of marriage in our past; the State’s interest in marriage is not the same as that of the Church; and so forth. But, that’s probably somewhat disingenuous of me. Whatever the merits of the arguments I could muster on those points, that’s ultimately not why I support same-sex marriage. I support it, pretty simply, because I have gay friends and family members. I grew up in a time when being gay was regarded as aberrant and immoral, and nobody I knew admitted to being gay. Fortunately, in my lifetime, being gay has more-and-more come to be regarded as more or less just another variable in the human condition. Some people are blonde, some people like beets, some people are gay, etc. We’re obviously not completely there yet and, because our culture has a lot of hang-ups about sex, it’s probably going to take awhile. But, at the end of the day, people who are gay are every bit as deserving of marital rights, duties, and societal support as people who are not gay. Extending them the legal recognition of marriage doesn’t hurt me and doesn’t weaken society. In fact, I believe it strengthens society. As such, I think the platform language adopted by the state GOP is misguided.