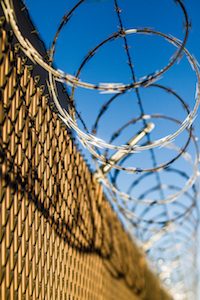 Friends, imagine if you will, the early 80s in the Middle West of Indiana. Perhaps it’s Richmond, Indiana. Junior high school boys engaged in good-natured but intense debates about the capabilities of ninjas. How would they fare against the chain-swinging New York City street gang members of our imaginations? Do they possess magic or just sufficiently advanced skills that are indistinguishable from magic? Documentary films such as the Octagon and Enter the Ninja provide guidance for some but not all of these questions. In a fit of enthusiasm, the boys cobble enough money to buy replica throwing stars from the Comic Book Guy type hobby store on Main Street. Did they know these were replicas? Absolutely not. But, when thrown at houses being constructed in the local subdivision, they bounced off disappointingly and harmlessly. Come to think of it, maybe rolling up Dungeons and Dragons characters would be more fun.

This was possible prior to 1985 when the killjoys at the Indiana General Assembly adopted IC 35-47-5-12 which prohibits the manufacture, import, sale, or possession of a “Chinese throwing star” (defined as “a throwing-knife, throwing-iron, or other knife-like weapon with blades set at different angles.”) The casual racism of that terminology is jarring. Times really are changing. Also, I have to imagine it was a kind of moral panic that prompted this legislation. The popularity of ninja movies leading to maybe a few incidents where such throwing stars were used improperly and more than a few legislators born in the 1930s bemoaning corruption of the youth with all this damn chopsocky stuff.

This sounds like someone has or wants to set up a business like those axe-throwing venues only with throwing stars which honestly sounds like a blast. It’s just the fact that these things are outlawed in the first place and the necessarily stilted language of legislation that makes this particular legislation sound a little silly. Given that it’s the wild-west with respect to firearms in Indiana and that other types of bladed devices don’t seem to be particularly regulated, probably the better approach is to just repeal the prohibition on throwing stars. But, if that’s not in the cards, this legislation doesn’t strike me as objectionable.

(Hat tip to u/saryl on Reddit for this one)