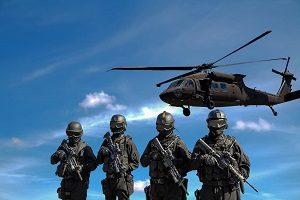 Sen. Tomes (800-382-9467) has introduced SB 285 which commands local officials to “use any means necessary” to clear roads of protestors who block traffic for more than 15 minutes. If he were really serious about law and order, he’d add a provision to the Indiana Tort Claims Act immunizing the officials involved with clearing the roads. (Although, there is an immunity provision for law enforcement activities that would probably apply to a lot of claims.)

Specifically, it requires a mayor (for cities), a town board (for towns), and a sheriff (for unincorporated parts of the county) to “not later than fifteen (15) minutes after first learning that a mass traffic obstruction exists in the official’s jurisdiction, dispatch all available law enforcement officers to the mass traffic obstruction with directions to use any means necessary to clear the roads of the persons unlawfully obstructing vehicular traffic. “Mass traffic obstruction” is defined as 10 or more people blocking traffic in violation of IC 35-44.1-2-13 (and that provision really just says that it’s a crime to obstruct traffic if you intend to do so.)

There are two main problems here. First is that it looks like Sen. Tomes and the General Assembly would be substituting their judgment for that of local officials. Local officials can probably handle making a judgment call about traffic without help from Indianapolis. Second, the “use any means necessary” makes it sound like he wants law enforcement to go all Kent State on people for blocking traffic. The Guardian caught wind of this bill, and that’s how this article makes it sound.

Opponents of the bill, introduced by a Republican state senator, rushed to the general assembly in Indianapolis on Wednesday afternoon to attend a hearing for the legislation, arguing that it could give a green light to the police to shut down protests harshly “even to the point of costing lives”.

For most protests, this bill will probably give the protestors better optics and more attention than they otherwise would have managed. Having to go a couple blocks out of their way would make most motorists a little grumpy about the people causing the inconvenience. Video of a police officer handling a protestor roughly for spending 15 minutes in the street will have the opposite effect.