You are here: Home / 2022 General Assembly / Rights can and will be alienated 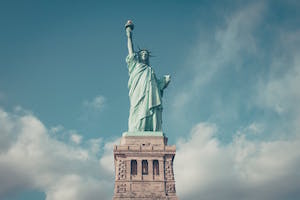 In a fit of irony, I rode Disney’s “Carousel of Progress” the day the Supreme Court decided that women didn’t have the reproductive rights we thought they did for the past few generations. Not to be outdone, Indiana will celebrate the Fourth of July by going into special session in order to alienate the rights of its women. The special session is ostensibly to authorize $225 payments from the money the state decided not to spend on roads, education, child services, and other areas where there are needs. But, I’ll bet that a lot of women in the state would spend $225 to keep their reproductive rights, if even for just six more months when the Indiana General Assembly will return to its regular session. But, Governor Holcomb and the Indiana legislature are in a headlong rush to make Indiana’s government small enough to fit into a uterus. Our legislators will make solemn proclamations about the value of life. But, as they loosen restrictions on gun regulations, tolerate Indiana having one of the worst infant mortality rates in the nation, fail to devote sufficient resources to neonatal care, and otherwise look the other way on quality of life issues across the board, it is evident that “life” isn’t nearly as much of a concern for many lawmakers as is unsanctioned sex.

This turn of events underscores that, despite the happy language of the Declaration of Independence and the musings of John Locke, rights are not unalienable. I assure you that the State House will happily alienate the shit out of reproductive rights within the month. Plenty of people would object that the right still technically exists and belongs to the women who previously enjoyed it. They argue that the right will still exist even though it will no longer be enforced and, in fact, women will be jailed if they insist on using it. I take a more utilitarian view of rights and would argue that a “right” which has no material impact on the real world is no right at all, but is rather an unrealized policy preference. I know more than a few people who took the view that warnings about the protections of Roe v. Wade being taken away was just so much fear mongering from the left. They were shocked when the decision came down. In his concurrence, Justice Thomas sent up the signal that protections for same sex marriage (Obergefell), sexual relations (Lawrence), and contraception (Griswold) are also on the hit list. Perhaps the people who were dismissive about the prospect of Roe going away will recognize the threat to these other rights.

I should note that I’m sensitive to the fact that many Americans have a religious belief that a sperm and an egg are endowed with a soul when they are combined. I don’t want to denigrate what is, for many individuals, a very heartfelt and devout belief. But such beliefs should not be the basis for government, state or federal, to dictate that a woman who may believe otherwise must devote the use of her uterus in a manner consistent with that belief, risking her health and well-being against her will.