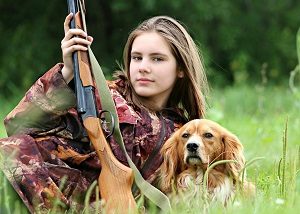 The choice of a new generation.

I doubt this is in any way original to me, and I’ve not thought it through very thoroughly, so take this for what it’s worth. But, it seems to me that there are some people who own firearms as tools, some who own them as cultural totems, and there is probably a fair amount of overlap between the groups.

The gun-as-tool is clear enough. It’s what we’re talking about when the discussion turns to hunting and home protection. It’s pretty easy to have a discussion about appropriate regulations for guns when they’re tools. You look at the functions they serve, weigh the costs and benefits, and legislate appropriately. The emotional component is pretty minimal in that discussion.

The gun-as-cultural-totem is a much more emotional issue. A totem is a spirit being, sacred object, or symbol that serves as an emblem of a group of people. So, when firearms are serving this purpose, the gun control issue bleeds into a person’s identity and their view of what it means to be an American. It becomes a marker for who is “Us” and who is “Them.” Real Americans versus The Other. Those who wish to preserve the culture of the country they love versus those who are contributing to the cultural decay in these Fallen Times. When you enact firearm legislation, you aren’t regulating the proper distribution of a tool. Rather, you’re empowering the forces of rot and ruin while emasculating the morally upright who embrace the true values of this country. With respect to this group, you can’t do a lot in the way of regulation without stabbing at the core of who they are.

In this respect, I think the NRA and other agents of gun manufacturers have probably taken a marketing cue from the likes of Coke and Pepsi. It’s tough to develop loyalty and move product when you’re selling sugar water.  But, when you’re selling an image or a lifestyle, you can transcend the utility of the underlying product by creating an emotional connection to the product. This emotional connection to firearms makes the discussion about appropriate regulations much more difficult. And, when the discussion centers on the firearm-as-tool, the discussion will ultimately miss the point since the utility of the object really isn’t at the heart of objections over that regulation.