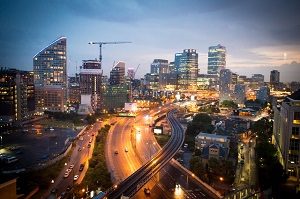 Be polite: get right.

I probably went too far with that headline, but still, you should use the left lane for passing then get back in the right lane. A friend passed along a Vox video on the subject. Hanging out in the left lane causes congestion and causes more accidents than speeders do.

In 2015, the Indiana General Assembly passed legislation basically instructing drivers to get right except to pass. I’m not sure how enforceable it is as a criminal law, but maybe it gives police a tool for pulling drivers over and educating them about why driving in the left lane is problematic.

At the time, I wrote:

Generally there seem to be two or three things that lead to people hanging out in the left lane – 1) Not trusting other motorists to also play by the rules, resulting in you getting trapped in the right lane; 2) Not being comfortable with your ability to use passenger’s side rear view (I speculate due to the inordinate number of mini-vans hanging out in the left lane); and maybe 3) being an oblivious jerk. This law would seem to be an attempt to address items #1 and 3 to some extent.

So, don’t be that person. Pass quickly, then get right so you disturb the flow of traffic as little as possible.