You are here: Home / General / Chicago Tribune: Indiana has the number one source of industrial lead pollution in the nation 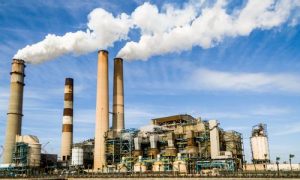 I love the smell of lead in the morning. Smells like . . . victory.

Michael Hawthorne, writing for the Chicago Tribune (and accessed by me via the South Bend Tribune) has a lead paragraph (no pun intended) that you probably never want to see in connection with your company:

The nation’s largest source of industrial lead pollution is 20 miles down the Lake Michigan shore from Chicago in Indiana, churning more than twice as much of the brain-damaging metal into the air each year as all other factories in the region combined.

This is in relation to ArcerlorMittal’s Burns Harbor plant. According to the article, the plant emitted nearly 18,000 pounds of lead and has topped the list since 2013.

I suppose this is as good a place as any for my occasional rant about how libertarians and free marketers don’t tend to have a good answer for pollution. They chafe against environmental regulations. But without such regulations, it’s difficult to avoid infringing on the rights of others and preserving the efficiency of the market. Without such regulations, it’s cheaper to pollute the air that others breathe than to dispose of the waste from your manufacturing process in a manner that doesn’t harm others.

By emitting the pollutants, you’re harming others, but usually your doing it in a way that is subtle and difficult to prove. When you  punch someone in the nose, you know it immediately, and it’s a pretty simple thing to attribute the damaged nose to the person who punched you. The criminal law imposes penalties against the person throwing the punch and the civil law gives you the opportunity to collect damages against the person. With a polluter, whether the pollution constitutes a crime is more ambiguous; proving damages is more difficult; and, the legal protections of the corporate form shield the polluter from individual liability.

Meanwhile, pollution means that the market is getting incomplete information about the cost of (in this case) the steel being produced. They offload some of the costs of their production onto the people suffering brain damage from the lead pollution. Those people are, in effect, subsidizing the cost of production. Because the cost of the pollution is not reflected in the price of the steel, the market gets the signal that this form of production is more efficient than it really is. Polluters are rewarded and, consequently, environmentally sound production processes are put at a competitive disadvantage because they don’t force nearby residents to subsidize the process by breathing in the tainted air.

That said, it also bears mentioning that industry generally and the steel industry in particular has gotten cleaner over the years. It’s certainly not perfect, there are outliers and backsliding and more work to be done, but compare pollution now to pollution 25 or 50 years ago, and it seems clear that progress has been made. I would argue that such progress is in no small part because of environmental regulations.