You are here: Home / General / CBO: Tax Legislation is Worse than You Thought 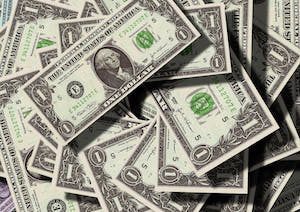 Senator Hatch complains that the burden on a lot of these people is just in the form of increased health care costs, so it doesn’t really count. If you squint and turn your head just right, poor people are actually better off. As Win Moses, former lawmaker out of Fort Wayne, put it:

Tax cuts for the highest incomes by taking health care away from the lowest incomes is not fair or good for America. And we’ve proven several times that “Trickle Down” economics doesn’t get to the working middle class.

I always get grief from my conservative friends when I say stuff like this, but reducing wealth disparities in the country isn’t just a matter of bleeding-heart, feel-good liberal mumbo jumbo like fairness and equality. Concentration of large amounts of wealth in a few hands distorts markets and democratic processes. The system can tolerate — even thrives under — certain amounts of inequality. It creates incentives that fuel the economy. But, beyond a certain point, things start to break down.

Conservatives like their own appeals to “fairness” to promote tax restructuring for this. Assuming, usually without saying, that money acquired is the same thing as money earned, they’ll say it’s unfair for money to be taken from the people who have it and given to people who don’t have it. But, I find appeals to fairness used on behalf of the wealthy about as persuasive as appeals to fairness on behalf of the poor. I’ll not shed a tear if Paris Hilton or Donald Trump, Jr. make less so that the poorest among us can get that nagging cough looked at without having to skip a mortgage payment.

Ultimately, I’m more of a utilitarian, I guess. How much wealth disparity do we need in the system to maintain the incentives that fuel the economic engine? What kind of a baseline standard of living do we need to provide the poor to minimize civil unrest, reduce crime, and — as best we can — promote a healthy, productive, broadly educated populace instilled with the kind of civic virtues that make our communities good places to live? In short, for me, it’s not so much about fairness as about striking a balance that’s as functional as possible. This new tax law isn’t it.