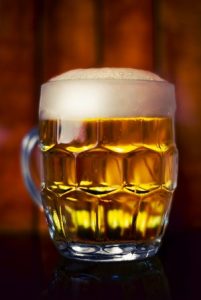 At long last, the people of Indiana can buy alcohol for carry out on Sundays. It’s a little amusing that, though the law prohibiting Sunday sales has been an anachronism for decades, the enacting legislation says “an emergency is declared for this act.”

The “emergency” language sounds funny under the circumstances, and so I’m not above poking a little fun. The explanation for the “emergency” language is that this is a bit of boilerplate that’s added when the General Assembly wants legislation to go into effect immediately upon passage. Without that language, it’s standard for legislation to go into effect on July 1 of the year in which it’s passed. (I guess I’m not certain whether there is a date prior to July 1 that wouldn’t require the “emergency” declaration.)

For some time, it’s been legal for restaurants and bars to sell alcohol on-site on Sundays. More recently, they passed legislation that lets craft breweries sell beer for carryout on Sundays. (And, as I now have three quality breweries within 4 miles of my house, this has been my go-to solution if I’ve felt like buying beer on Sundays.) The prohibition on retail sales has, therefore, been arbitrary for a long time.

It’s easy to carp about how long it took Indiana to make this move, but we should probably take victories where we find them. Still, at least one arbitrary prohibition remains: while retail sales of alcohol are permitted on Monday through Saturday from 7 a.m. to 3 a.m., on Sundays such sales are legal only from noon – 8 p.m. What’s the explanation for this? It looks like a church thing, but maybe there is something else about Sunday mornings that cries out for special treatment. (If it is a church thing, that raises some First Amendment questions. And, as a practical matter, it’s a fairly small percentage of the American population that goes to church on Sunday mornings. Many are members of faiths that have services at other times and other days. Many more just don’t go to any kind of service.) If the differential treatment of Sundays is not a matter of religious preference, the law still has to meet a rational basis test. This is a pretty low bar for laws to clear; but, even so, it’s not immediately clear to me what the rational basis might be for mandating reduced hours on Sundays but not on other days.

That said, this is positive legislation. Cheers!