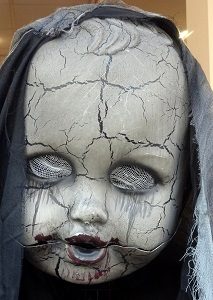 You said you wanted a baby. We’re still giving you a baby. We think *all* babies are wholesome and cute.

On Wednesday afternoon, the Senate Republicans gutted SB 12 concerning bias motivated crimes. The version that came out of committee seemed to be pretty solid, passing by a margin of 9-1 with only Sen. Phil Boots voting against. The meat of the legislation was specifying that, in imposing a sentence, judges are allowed to consider as an aggravator whether:

As it passed out of the committee, the legislation also had a variety of requirements that law enforcement receive training in recognizing, investigating, and reporting on bias motivated crimes.

As the bill moved to the floor of the Senate, the legislation took a turn for the worse-than-doing-nothing. Senator Freeman offered an amendment that was the legislative equivalent of #AllLivesMatter. His amendment removed the language quoted above and instead added two words to section (c) of that statute, having it say, “The criteria listed in subsections (a) and (b) do not limit the matters that the court may consider, including bias, in determining the sentence” There is no guidance in the amended legislation as to what constitutes bias. In other words, it deliberately and disingenuously misses the point of the original legislation. After extensive behind closed doors discussion in the Senate Republican caucus and a floor debate where Democrats spoke passionately against and Republicans mostly kept silent, the amendment passed by a vote of 33-16. Notably, the bill’s Republican author (Sen. Ron Alting) voted against.

Ultimately, I think the significance of Sen. Alting’s bill, as it passed out of committee, was as a recognition that groups have often been excluded from society’s definition of “us” based on the criteria in his list (e.g. race, sexual orientation, etc.). By passing Alting’s legislation, we as a people would be saying to these historically discriminated against and excluded groups, “that’s not how it is any more. You are one of us, and the people who persecute you are no longer us. If they come for you, we’re coming after them.” By dispensing with all of that and mumbling something non-specific about bias, the Freeman version of the bill cuts out its heart and makes it worse than doing nothing. It’s like the legislative equivalent of “All Lives Matter.”  In its current state, the legislation is a ghoulish mockery of what could have been. I’m reminded of a book I read when I was a kid. There was a line that said:

“There’s only one way to hurt a man who’s lost everything. Give him back something broken.”