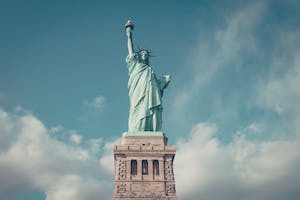 “[T]hose who wrote our Indiana Constitution believed that liberty included the opportunity to manage one’s own life except in those areas yielded up to the body politic. The common law, our constitution, and Indiana’s statutes all reflect a commitment to self-determination.”

The Circuit Court Judge for Owen County, sitting as special judge in Owen County, has enjoined the enforcement of Indiana’s recently passed SB 1 which stripped Hoosier girls and women of their reproductive rights. The preliminary injunction was based on the court’s determination that Plaintiffs — a group including the ACLU and Planned Parenthood — were reasonably likely to prevail on the merits of their argument that Article 1, section 1 of the Indiana Constitution protects a right to bodily autonomy that SB 1 violates.

WE DECLARE, that all people are created equal; that they are endowed by their CREATOR with certain inalienable rights; that among these are life, liberty, and the pursuit of happiness; that all power is inherent in the people; and that all free governments are, and of right ought to be, founded on their authority, and instituted for their peace, safety, and well-being. For the advancement of these ends, the people have, at all times, an indefeasible right to alter and reform their government.

The debates of our Constitutional Convention leading up to ratification of the current Indiana Constitution suggest that those who wrote our Indiana Constitution believed that liberty included the opportunity to manage one’s own life except in those areas yielded up to the body politic. The common law, our constitution, and Indiana’s statutes all reflect a commitment to self-determination.

The Court acknowledges that abortion was not lawful at the time the Indiana Constitution was ratified. However, this does not foreclose the language of Article I, § 1 from being interpreted at this point as protecting bodily autonomy, including a qualified right by women not to carry a pregnancy to term. The significant, then-existing deficits of those who wrote our Constitution particularly as they pertain to the liberty of women and people of color-are readily apparent. As Justice Boehm points out in his Brizzi dissent, “[i]n 1851 we had slavery in many states and Article II, Section 5 of the 1851 Constitution denied the right to vote on the basis of race. Married women had no property rights until they were conferred by statute in 1923. Both of these subjects were debated at length in the 1851 Constitution, but both were left in a state that, by today’s lights, is wholly incompatible with fundamental principles of ordered liberty.” Our analysis here cannot disregard this reality, particularly when considering questions of bodily autonomy.

It is without question that the State has an interest in regulating abortion. Plaintiffs concede as much at oral argument. State interests in abortion regulation can include protection of maternal health, preserving fetal life, maintaining societal ethics, promulgating medical ethical standards, and creating bright line rules distinguishing between infanticide and lawful abortion to name a few.

It is also without question that the judicially enforceable liberty rights that are reasonably likely to exist under Article I, § 1 are not unqualified. S.B. 1, however, materially burdens Hoosier women and girls’ right to bodily autonomy by making that autonomy largely contingent upon first experiencing extreme sexual violence or significant loss of physical health or death.

S.B. 1 also materially burdens the bodily autonomy of Indiana’s women and girls by significantly and arbitrarily limiting their access to care. S.B. 1 does so by requiring women and girls to seek treatment at hospitals or ambulatory surgery centers that are majority hospital-owned. The huge majority of abortions are performed in the clinic setting. The evidence supports that the hospitalization requirement is likely to significantly limit the availability of the procedure (even for currently excepted rape and incest victims), will likely significantly increase the cost, and is unlikely to increase the safety of Hoosier women and girls. The Indiana State Health Department’s own reports support the contention that abortion clinics are capable of safely providing the treatment.

This is obviously just the initial salvo in the litigation. This being Indiana, I’m not terribly optimistic that the Indiana Supreme Court will ultimately adopt this reasoning. But, it’s definitely a fight worth having. And, the referendum in Kansas suggests that the kinds of draconian restrictions on reproductive liberty adopted by the Indiana General Assembly this summer are not popular, even in red states. So, maybe my pessimism is misplaced.