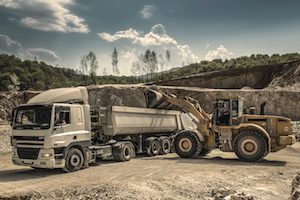 If the neighbor lets the weeds go a little too much or turns the music up a little too loud, local government can help. If he decides to do some open pit mining, you’re out of luck.

HB 1289 is a bill introduced by Rep. Ellington and passed by the House 63-27 which would impact a situation in Tippecanoe County. (For all I know, it’s specifically motivated by that situation). In fact, the more I read this legislation, the more breathtaking its scope seems. I’d welcome someone to talk me off of the ledge if I’m overstating its impact.

The bill expands the ability of mining companies to mine in flood plains and eliminates the ability of local government to regulate mining activity (except for a small exception having to do with roads). And, unless I’m missing something, it changes a definition but then proceeds to eliminate the use of that definition anywhere in the statute.

The bill has the euphemistic description of “local regulation of natural resource development” when, really, it’s not so much talking about developing natural resources as extracting them.

IC 36-7-4-1103 prohibits action by an area plan commission (the body more or less in charge of zoning regulations) that prevents “the complete use and alienation of any mineral resources or forests by the owner or alienee of them.” The mining companies can argue (and have argued) that this language is incredibly broad. Regulation of any kind at the local level is seen by them as precluded by this statute.

The exception, embedded in the current statute, is that this prohibition is effective only outside of “urban” areas. So people in “rural” areas are (if the mining company interpretation of the statute is to be believed) powerless to implement zoning regulations to keep noise levels down, prevent contamination of water quality, and generally avoid and mitigate the problems that go along with large scale mining operations.

In the statute “urban” is defined as an area with eight or more residences within a quarter mile square area. Rep. Ellington’s legislation would impose a 600% increase in the urban/rural threshold, increasing the number of residences from eight to fifty.

At the moment, the residential threshold goes up only to 20 rather than 8, but it’s still a significant expansion. Or it would be except that, as I read the legislation, it changes the definition of “urban areas” but goes on to delete the only reference to “urban areas” contained in the section. So the definition is changed, but the term is no longer used in the statute. (This appears to be the result of a sloppy committee amendment that changed the introduced version.)

And a new development this year is would be extremely relevant to the Rogers Group’s efforts to mine near the town of Americus in Tippecanoe County. The bill says that a plan commission and board of zoning appeals aren’t allowed to adopt a law that prevents the extraction of mineral resources in a flood plain. The latest development in that local saga was that the Tippecanoe County Board of Zoning Appeals rejected the Rogers Group’s request for a special exception that would allow it to mine in an area near the town of Americus. Local residents have strongly objected to the initiative. The Tippecanoe County BZA rejected the application due to the site’s impact on the flood plain of the Wabash River. The Rogers Group did not appeal that decision.

But, I think this legislation would open up an even older saga. Years ago, Carmel won a case that allowed it to regulate mining within the city limits.  This new legislation would seem to nullify Carmel’s mining ordinances and would permit mining interests to conduct mining operations in the city however they saw fit, so long as the impact on the roads wasn’t too great.

The legislation adds a new IC 36-7-39 that says that a unit of local government cannot regulate the extraction of mineral resources or the sale or removal of merchantable timber on private property. The only exception is that units can enforce regulations having to do with weight limits and damage to roads leading up to that private property. This legislation specifically overrides IC 36-7-2-6 which says that “A unit may regulate excavation, mining, drilling, and other movement or removal of earth below ground level.” So, in a sense, the discussion earlier in the bill that talks about urban and rural areas, is a bit of a head fake.

I’m a little surprised this passed the House so handily. I wonder if Representatives really understood what was going on here. Or, possibly I’m over-reading the scope of the legislation. I’d welcome correction if that’s the case. But, I know that — if passed — when mining companies take this new law to court, they’ll urge as broad an interpretation as possible.

I know that, on a superficial level, letting people do whatever they want on their own property has a great deal of appeal. But, when it comes to environmental matters, the fact is that the impact of people’s activity on their own land is not confined to that land. When the impact crosses boundary lines, it becomes the business of neighbors and the public. If people are forced to see, smell, and hear what’s happening on your property . . . if it affects their water, etc. then the activity is no longer private. Local government should have the ability to balance the interests of its citizens. The costs of private activity shouldn’t be externalized onto the public.